A response was sent to Karen Shortt, VCCFA President.

We were startled to read your letter. Why does a simple call for positive action create such a backlash?

As we discussed when we last met during the summer, the campaign was prompted by the alarming cuts to the College’s core programs and the continuing loss of more programs and funding.

With our growing number of coalition partners, and with our thousands of individual supporters, we are committed to keeping positive public pressure on this important issue.

We are saddened by the VCCFA’s Executive decision to so publicly condemn this coalition and that you are engaging in such fear mongering. There is no evidence that political pressure has caused enrolment problems. If there was no problem surely you wouldn’t have had your own “ESL Matters” protests on the legislature lawn, would you?

The VCCFA was far too late to the party to save the 70 ESL faculty jobs, and preferred to attack the messenger when you were given ample warning of the threat. We see history repeating itself. (http://www.cupe4627.com/letshope/).

We urge the VCCFA’s Executive to represent your membership and join the coalition!

Have you checked out the FAQ at SaveOurVCC? Have you signed the petition? Have you shared what VCC means to you? 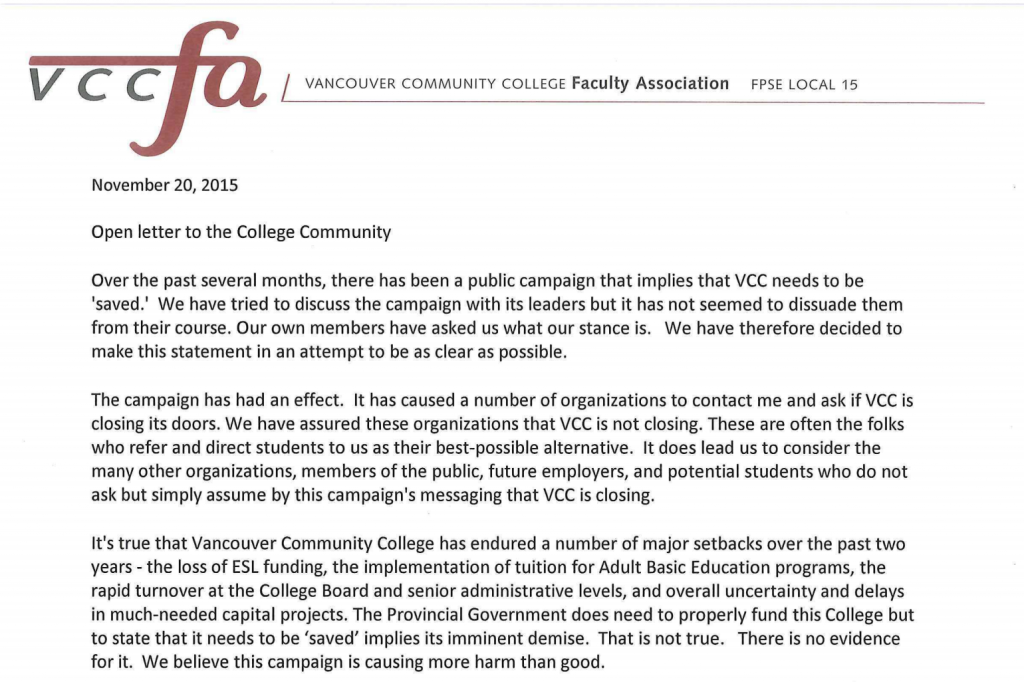